It’s a place to chat with friends, celebrate an occasion, or just simply enjoy a cup of tea with delicious pastries.

A Lancaster PA Destination for a Special Cup of Tea

We carry over 120 varieties of loose teas with blends from all over the world, so whenever you visit there’s always a different flavor to try. Complement that with a variety of pastries or lunch items, and it becomes an experience all in itself. That’s another reason Sugarplums and Teas is a Lancaster PAS destination for locals and travelers from afar.

To ensure that your experience at Sugarplums and Teas is always a new delight, our pastries vary each day. Our savories vary each month. Some of our favorites are Hawaiian Chicken Salad with fresh pineapple as well as our Lemon Bars.

Courtyard Tea is Our High Tea

Displayed on a three tiered server it is a feast for the eyes as well as the palate. A freshly baked scone with luscious condiments is just one of the options we may offer on the top tier. Four savories which may include Spinach and Feta Puff Pastry, Hawaiian chicken salad and Roast Beef with onion jam fill the second tier. The final, lower tier is a layer of sweets which will end your courtyard experience on a high note. All food is made on premises by our very own pastry chefs. 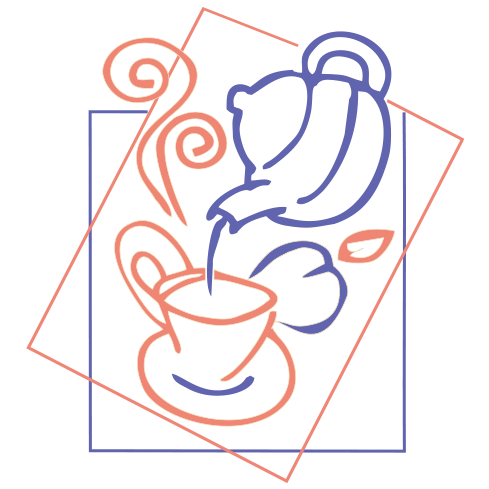 So, What Is High Tea?

The drinking of tea not only became a social event for the upper classes, it altered the time and manner in which they took tea. Afternoon Tea became the bridge between meals because many wouldn’t eat their evening meal until maybe 8pm. As such, Afternoon Tea became a ‘mini meal’ in itself.

This was all well and good for the upper classes, but the working classes ran to a different schedule and a different budget. Tea was still quite expensive at the time and the working classes could not afford to waste it on anything other than necessities. A wearied factory worker wouldn’t arrive home until six in the evening, and when he did, he was famished! Thus, in the industrial areas of the UK (northern England and southern Scotland), the working classes evening meal evolved: high tea.

English High Tea usually involved a mug of tea, bread, vegetables, cheese and occasionally meat. Variations on high tea could include the addition of pies, potatoes and crackers.

So while Afternoon Tea was largely a social event for their upper class counterparts, high tea was a necessary meal in the eighteenth and nineteenth centuries. This traditional high tea still exists for some parts of the North and Scotland.

Why Is It Called “High Tea”?

A possible explanation why this type of meal was called high tea is the fact that it was eaten at a table. In comparison, Afternoon Tea was taken whilst seating in low, comfortable chairs or sofas. Of course, soon after, the upper classes developed their own variation and also called it ‘high tea’. It was a meal that could be eaten when their servants were away or not available, as it was so easy to prepare. The upper class ‘high tea’ involved the amalgamation of Afternoon Tea and high tea, with the addition of pigeon, veal, salmon and fruit.

Have An Event to Celebrate? Just Coming in for a Treat?

All ages will enjoy a visit to Sugarplums and Teas. We’ll make your visit special. We’re a popular choice for small groups and party celebrations of all types. Celebrating an anniversary or birthday? We can help you celebrate in our tea room or cater your event with our special catering menu and pastry treats.